Whenever I go the ‘mamak’ restaurant near my house, the owner confronts me saying that he does not see any change with the new government taking over and that my writing is not forceful. Many others have also complained that nothing seems to be happening in Perak and what am I doing about it. I inform them that all the media can do is highlight problems and raise issues. It is up to the party concerned to take action. The media has no other authority than to write.

Ipohites are becoming impatient because very little is being said about what is happening in Perak. Most of the ideas coming out of the PH government are not new.

Selling water is not new and when Tan Sri Tajol Rosli was Menteri Besar the sale of water to other states was raised, but the public was not in favour and the idea was dropped. The new international airport was in BN’s manifesto. The previous government was already in the process of building a new sea port. BN government had already prepared a blueprint for the mining industry.

The only new idea is the brainchild of our MB Ahmad Faizal Azumu to sell his official residence which the public are not happy about. In fact columnist Mariam Mokhtar had written an article “The MB’s House is not for sale” in Ipoh Echo (issue 287, August 16-31).

The so called 100 day honeymoon period is over, but Perak PH have not set any specific targets to be achieved. The people who voted for change want to know what the plans are for the future of the state.

A couple of years ago, the keynote address by Professor Emeritus Dr Zakariah Abdul Razak, Malaysian Institute of Economic Research at the 3rd IDR Annual Research Seminar, was on “Can Perak State Achieve High Income Economy by 2020”.

Dr Zakariah explained that the criteria to be accepted as High Income Economy is that per capita income must be USD15,000 (RM60,000). In 2014, the average monthly household income for Malaysia was RM6141 and that for Perak was RM4268, which is 30% below national average. In fact only four states exceeded the national average and were responsible for the high figure. Perak is number two from the bottom, just above Kelantan.

The highlight of the event was the launching of a Data Bank by Datuk Mohammad Zahir Abdul Khalid, Chairman, Perak Industries, Investment and Corridor Development. Dr Mazalan Kamis, CEO, Institut Darul Ridzuan said that this is an interactive database and users can compare the position of Perak against other states online. There was a demonstration on comparison of Perak to Selangor. In the sixties they were on par, but eventually Selangor shot up. The programme was on trial then and I am not sure whether it is available for the public to use now.

Former Menteri Besar Dato’ Seri DiRaja Dr Zambry Abd Kadir Zambry came to know of the study a few months later and disagreed with the findings saying that the calculations were flawed. It is up to PH government to say where Perak actually stands compared to other states.

In July, MB established the State Economic Advisory Council (SEAC) as part of aggressive efforts to attract investments to the state. This should have been done earlier. How long will it take for this council to submit its report? Will it be made public or only for the eyes of MB.

After attending a fundraising dinner at YMCA in August, reader Judy Lam wrote in Ipoh Echo “In his address YB Nga Kor Ming mentioned his belief that Ipoh/Perak’s future lies in tourism and not industry as Ipoh lacks the necessary infrastructure.

The glaring question would then be: Why does Perak lack the necessary infrastructure that has enabled Penang to be a giant in industry thus generating jobs for Penangites?

Ipoh is renowned for its excellent food and voted by booking.com as THE place to sample local delights.

But relying on tourism alone is just lazy. Pakatan Harapan needs to do better for Perak”. Her remarks are valid.

In the fifties when the country was agriculture based, Ipoh was industrialised and workshops served the needs of the mining industry. There were many workshops; they are still in business and most of them are along Jalan Lahat. They should be transformed into successful SMIs.

Former MB Zambry used to say that Perak is sandwiched between two of the most industrialised states of Penang and Selangor and is difficult to get investors to come to Perak. He organised the Pangkor Dialogue forum and invited businessmen from all over the world to come to Ipoh and see for themselves what the state can offer. Lots of money and time was spent, but it was not successful. I cannot say the BN government did nothing. It has come up with many plans such as:

Instead of re-inventing the wheel, if the plans proposed by the previous government are feasible, then PH government must study and implement them.

Once upon a time Perak was the richest state and now it is one of the poorest. It may not be possible to regain that position, but we must strive to be in the top half. PH government must prove that they can regain the lost glory of Perak.

There is a saying in Tamil “The jasmine in another’s garden would also be fragrant.”

Regardless from whom the ideas come, implement them if they can bring progress to the state. Let us not “throw out the baby with the bathwater”.

My Say: Be Sympathetic to Illegal Parking at General Hospital 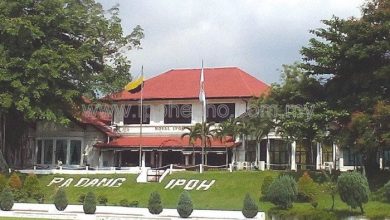 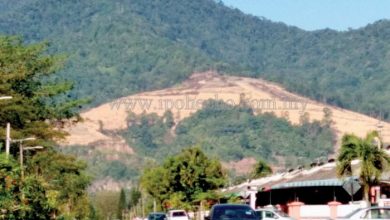 My Say: Is Kledang Hill Encroachment a ‘Test’ to PH’s Administration?