According to a spokesperson for the Perak Fire and Rescue Department, an emergency call regarding the road incident was received at around 12.26pm. A squad from the Hutan Melintang Fire and Rescue Station and health staff were rushed to the scene right after.

Investigations have shown that the lorry with a 5-tonne load had crashed into a Proton Waja and knocked down a nearby motorcyclist. The lorry then flipped over to the opposite lane and crashed into a Perodua Kancil. 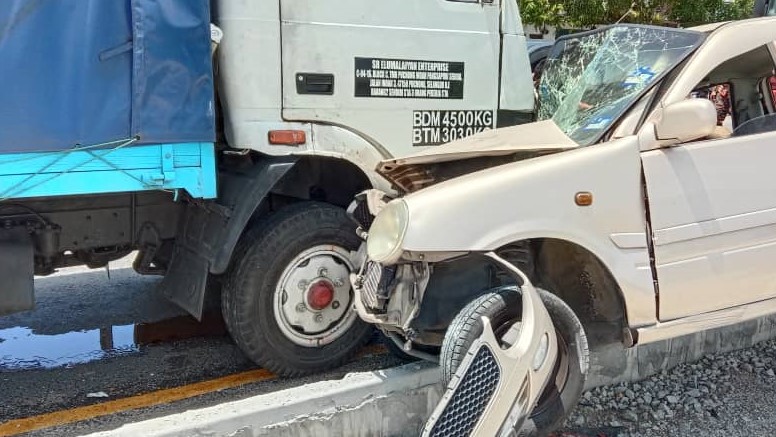 During the aftermath of the accident, the fire and rescue squad found a Malay female victim who was stuck at the driver’s section of the Perodua Kancil, subsequently rescued and was given preliminary treatment. She sustained injuries on her legs.

The victim’s child was rescued by public witnesses. Both were immediately rushed to the Teluk Intan Hospital by health staff.