Molecular what? was the typical reaction I received when I rang around my friends and asked if they’d like to join in for Ipoh’s first ‘Molecular’ dinner. Chef Simon Lee of Citrus Wine and Dine has been quietly experimenting behind the scenes both in his Citrus kitchen as well as his test kitchen at home. The result of his efforts is nothing short of mind-blowing.

Of course if you’re a steak and potatoes or Gai Si Hor Fun person, then molecular gastronomy is not for you. But if you have a passion for food and an insatiable curiosity with a palate open to new taste titillations, then the recent dinner at Citrus will leave you agog with excitement.

‘Molecular gastronomy’ is usually used to describe the study of how food changes when it cooks. Molecular gastronomists use ­special techniques, ing­redients and cooking principles to encourage certain chemical reactions to occur. These reactions, in turn, produ­ce startling new flavours and textures.

But whatever you call it, scientifically advanced cooking has enabled chefs to present plates that are fun, surprising and theatrical, and create better flavours. And this is precisely what Chef Simon presented to a small group of us recently, who gathered together to sample his gastronomic efforts.

Popular molecular gastronomy techniques employed by modern chefs include frothing and foaming, dehydration, spherification, and sous vide and these were the techniques that  Simon used in presenting his 13-course menu.

We began with an oyster shooter served in a test tube, a fresh Kumamoto oyster floating in flecks of real gold leaf in Sauvignon Blanc. This went down a treat as we anticipated the next course, the Smoked Fresh Oyster with Yuzu dressing.

A refrain from the song ‘Smoke Gets in Your Eyes’ came to mind as the cold smoke that wafted out from the glass bell jar as I lifted the cover, hit my senses. The bed of coriander seeds on which the bell jar sat had somehow infused the oyster with its fragrance and together the scent, smoke and the delectable taste of the smoked oyster had us on tenterhooks of expectation on what was coming next.

The Confit of Atlantic Cod cooked sous vide (a popular technique that involves sealing food in an airtight plastic bag and cooking it in a water bath for several hours on low heat allowing food to retain its moisture and flavour) looked ordinary enough on the plate with citrus rind surrounding it. Until they came around and poured in a liquid which created a bubbling froth of cold smoke releasing the citrus aromas. And the dish was transformed. Sight, smell and taste, the essence of molecular cuisine.

By this time, some of us had gone to heaven. Each succeeding course after this revealed a series of ‘oohs’ and ‘ahhs’ from around my table. The Forest of Mushroom, a combination of Foie Gras Terrine and Pate served with 40 second Green Tea Sponge (see bottom left pic) was a feast for the eyes, palate and lest we forget our smell as it was served with a platter of Rosemary cold smoke, placed in the centre of the table. The Green Tea Sponge was fascinating as it looked exactly like some of the sponges or moss one would find in the wild, yet melts in the mouth.

The whole menu almost defies description. I can only hope that the pictures on this page will give the readers an idea of the breadth and depth of this culinary experience. I will continue to highlight some of the more delightful, whimsical and downright playful items on the rest of this extensive menu. Suffice to say, nothing is as it looks. All tastes are intensified, using special techniques and special ingredients to create theatrical works of culinary art that seduce both the taste buds and all of one’s senses.

So the strawberry in the first glass of the strawberry champagne cocktail was not a ‘real’ strawberry but a concentrated extract of strawberry using an interesting technique of spherification, which involves making liquid-filled beads that, to use the words of a writer at Gourmet magazine, “explode in the mouth with a pleasingly juicy pop”. This technique was used to its fullest in the dessert which had the unusual listing as Tuna Tartare, Tofu with Ikura and Raw Quail Egg Shooter which had us scratching our heads: savoury dessert we wondered?

It turned out that the Tuna Tartare was compressed cubes of watermelon topped with a mango sphere; Tofu with Ikura was Coconut Pannacotta topped with strawberry pearls (again using spherification) with the ‘soya’ sauce’ provided by coconut palm sugar or Gula Melaka and the Raw Quail Egg shooter was coconut jelly with a mango sphere. That is how whimsical and playful molecular cuisine can be.

The raving can go on but alas space limits the amount I can write. Suffice for me to mention just a few more unusual items like the edible soil served with their Crab Meat Cannelloni, made from dehydrated olives; the Edible Plastic Bag which was a delightful palate cleanser, had quite a few guests hesitating as it was just a small plastic bag holding coloured beads and served on a chopstick (see top pic). When encouraged by Simon, we put it into our mouths and a burst of citrus flavours put aside all doubts and some at my table even applauded. Simon assured everyone that the plastic bag was totally edible, having made it himself out of potato starch and soy lecithin and the beads inside merely citrus flavoured sugar pellets.

It is exciting and indeed very encouraging that Ipoh now has cuisine of a stature that can rival any of the big cities. Simon has won a slew of culinary awards in his former capacity working in the kitchens of major international hotels. After returning to his hometown of Ipoh, he, together with his wife Erica, have developed Citrus Wine and Dine into a much sought after western restaurant of note. However, it is very encouraging to see that Simon is not content to rest on his laurels and his constant search for perfection is bringing him to new heights. His experimentation into the field of molecular gastronomy is certainly paying off as witnessed by this first dinner in molecular cuisine. Keep experimenting Simon, Ipoh loves you.

Diners wishing to try Simon’s molecular cuisine will need to give him two weeks advance notice and gather a minimum of 10 people. It took him two and a half days to prepare this menu and two weeks to gather all the necessary ingredients some of which come from abroad.Our dinner as described here was RM350 per person.

SeeFoon Chan-Koppen has been writing a food column called Musings on Food in the Ipoh Echo since 2009. It is widely read both in print as well as online which receives more than 1 million hits a month. Her forte is in communications, having honed her skills after graduating from the University of Singapore where she worked for the Straits Times Group and was a food critic for the New Nation. Her knowledge of food and cooking come from more than 30 years in the hotel industry based in Singapore, Tokyo, Hong Kong and subsequently Kuala Lumpur. During this time, she has travelled all over the world and eaten at the best and worst restaurants. She is totally intimate with the subtleties and nuances of most cuisines of the world having been involved in opening over 50 hotels throughout the Asia/Pacific region and China where she helped to conceptualize Food and Beverage themes and critiqued on food quality. SeeFoon calls herself a global citizen and now chooses the serenity and friendliness of Ipoh to the bright lights of the many cities she has lived in. She also loves the food in Ipoh and is passionate about telling the world about it.

In The Name of My Father's Estate (Episode 40) 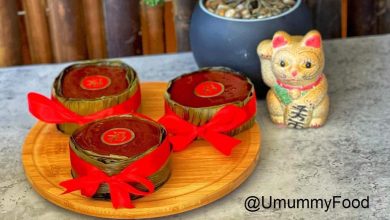 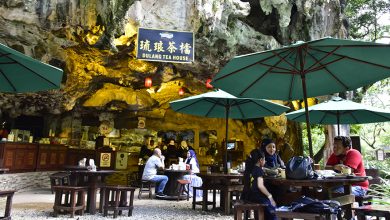 Roti Tumbuk a Special Menu During the Era of Tin Mining

The Story Eatery – More Than a Cafe