Tengku Razaleigh Hamzah, affectionately known as Ku Li, was in town in November as the guest of the Perak Academy to present a speech on the topic ‘The Economic Reality of Malaysia Today’.

Tengku Razaleigh was a former Finance Minister of Malaysia, former Chairman of the World Bank, ADB and Islamic Development Bank and a founding Chairman and CEO of Petronas hence his talks at Perak Academy are always well and warmly attended.

Thanking the Academy for giving him another opportunity to delve into the current state of the economy, Ku Li added that the timing was most appropriate especially so soon after the 2014 budget presentation in October.

Noting that the 2014 budget projected that GDP growth rate next year will likely be around 4.5 to 5 per cent, he nevertheless stressed that the figure had remained in that range for the past budgets since 2000 adding that the figures concealed some forewarnings that are not highlighted.

He noted that the Najib government has promised to bring the budget into balance by 2020 but also added that the budget deficits had remained in negative territory for over twenty years.

He stated that the “federal deficit has been sustained by borrowings that are now reaching close to the statutory debt ceiling of 55 per cent of GDP”. In fact, the federal debt levels in absolute terms doubled. Coupled with private debt currently at 83 per cent of GDP the total debt exposure which will have to be carried over into the next generation will now approach 140 per cent of GDP at current prices by the end of the year.

While assuring that this is not yet a worrying figure compared to the likes of Greece recently and Ireland previously, he gradually pointed out the issues currently ailing the economy.

His comprehensive speech touched on a whole spectrum of issues from GST and subsidies, development expenditures to transparency and accountability and the Auditor General’s report concerning wastage, unaccountable losses and sheer incompetence.

He also addressed the current full circle scenario of inflation and the rising cost of living in relation to increased household debt. Noting the low unemployment rate in the country he nevertheless highlighted the need to create employment for quality and high income jobs for new entrants into the labour force, who are gaining higher post-secondary and tertiary qualifications instead of the low paying jobs that are now being filled by foreign workers in the plantations, construction and assembly-based manufacturing.

The solution to all these issues will require new and bold ideas that need to be implemented over the next five to ten years with supporting institutional reforms to generate maximum impact and to ensure success. Failing to do so would have a downside which meant being left behind once again against South Korea, who in the ‘60s were behind us but is now three times more in terms of per capita income.

Similarly, neighbours Vietnam, Philippines and Indonesia are now proceeding on their reform path. If we do not take rapid and serious action, they may surge ahead of us.

His solution is the proposal of the Amanah Plan, an economic plan that will ensure Malaysia’s future economic growth is accompanied by an equitable development of the nation’s wealth and prosperity; one that guarantees that all segments of the Malaysian society have a stake in the economy.

Ku Li presented this plan during the official launch of the Economic Roundtable sponsored by the Mahkota Foundation earlier in September.

The Amanah Plan involves four strategic components. These are an Accelerated Infrastructure Development (AID) Strategy, a Human Capital Development (HCD) Strategy, an Agriculture and Industry (AI) Growth Strategy, and a Comprehensive Islamic Financial (CIF) Strategy to complement the on-going implementation of the Financial Sector Master Plan and proposes that the Public-Private Partnership model (PPP) be adopted as a means to provide critical infrastructure service delivery.

Ku Li closed with the reminder that as an economy and society we cannot afford the luxury of idly gazing at our political navels. The people expect bold changes, not political slogans and myths about our development experience that do not hold up to facts.

We must renew our resolve to build a united and prosperous nation through commitment to fundamental reform of our policies and the institutions that support them to restore the people’s trust in the government and provide a secure feeling about Malaysia’s future.

The full text of Tengku Razaleigh’s speeches may be viewed on his website tengkurazaleighhamzah.com. 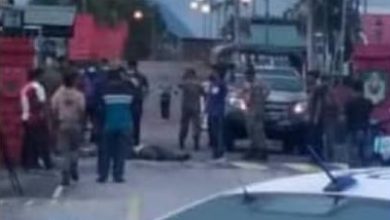