Dr Ganesan Shanmugavelu spoke on the “Historical Development of Indian Settlement in Buntong” at the monthly “Bicara Warisan 2018”, a public forum on history and heritage. The discourse, consisting of a number of topics by different speakers, was organised by the Perak Heritage Society and conducted at Hotel Seri Malaysia, Ipoh. The first edition was held on Saturday, January 27.

Ganesan, who hails from Batu Gajah, is currently a senior lecturer at the Institute of Teacher Education Malaysia, Ipoh.

From early 1900s to 1960s, most of the Indians from South India came to Malaya to work as labourers in rubber estates while some worked on the railways. Due to the political, social and economic situations many opted to stay.

Most of them were Hindus and Christians from the Nadar clan of Tamil Nadu. Although the actual time of their arrival is difficult to determine, it is identifiable from their places of worship. The most accurate time of their arrival was sometime during the 19th Century, the time when rubber became a commercial commodity in Malaya.

“Having found their footing, they began to concentrate on areas around their places of domicile. That’s how the Indian, or rather, Tamil settlement began in Buntong, originally known as Jalan Sungai Pari,” said Ganesan.

One of the earliest temples, the Sri Maha Mariamman Temple, was built in Buntong in the 1800s. The first Tamil Methodist Church, however, was built in 1908. As more decided to come to Malaya, a rapid development was seen. Most came as individuals, leaving their families back at their villages.

There were changes in lifestyle patterns, as they brought family members over. They asked for Temporary Occupation Licence (TOL) from the authorities. It was a temporary permit given to those who occupy government land for a specific period of time. They then sought permission to build a school. The first Tamil school was built in 1903. It was administered by the British Colonial Government.

“As the opportunities grew, some got to work as government servants. They worked on their land plots paying a nominal fee of RM1 a year. Some reared cattle and sold fruits and milk for sustenance. They went from house to house selling putu mayam, kacang putih and bread before opening up their own sundry shops. Barbers and goldsmiths were around at the time too,” Ganesan continued.

Nadar clan members were adept at making muruku and kacang putih, traditional snacks of the Indians. Kacang putih in Ipoh traced its origins to the 1920s at Gunung Cheroh. When the 1973 tragedy occurred where the massive limestone cliff face of Gunung Cheroh collapsed and crushed 42 people, the government gave a piece of land in Buntong to the survivors. Since then Buntong has become home for kacang putih.

“Back then they did everything from scratch, selling their wares by cycling and walking. Now, some even have factories to make kacang putih. And I assure you that Ipoh has the best. Buntong is a heritage site. In order to appreciate it, we need to learn the history ourselves,” Ganesan concluded. 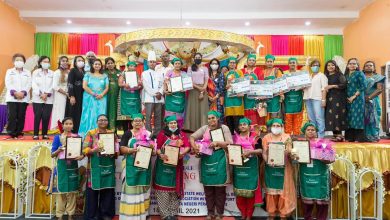 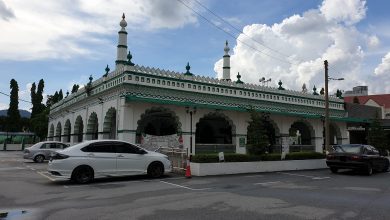 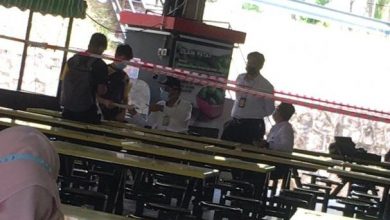 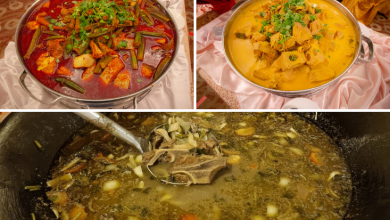