The exclusive interview series of Perakean artists from the Nando’s Art Initiative continues with 23-year-old Hug Yin Wan in the spotlight.

Hailing from Ayer Tawar, he was honoured with the grand prize in the fine art category during his first-time participation in 2015. Prior to winning the competition, he already has a solo exhibition to his name.

With a passion for drawing since he was a kid, he completed his diploma in fine art at Dasein Academy of Art. “I realise that art can express my emotions and it can be created with any materials without any limitation,” Yin Wan enthused.

Growing up in a Buddhist family inspires him to believe in the concept of impermanence in life. “Having experienced the effects of life and death a few years back, I am painfully aware of how the existence of each being is temporary and is subjected to constant change beyond one’s control,” he shared.

“I use lines in my work to create infinity visual works. Life is just like a line, made of joined points from a starting point to an ending point. The repetition of lines creates an illusion of motion in space, like the feel of impermanence, continuously running and changing,” he explained.

The concept of duality is expressed via woodcut, his main medium. “I just love the natural texture on woodblock,” he told Ipoh Echo.

The month of September saw his latest solo exhibition entitled “Transformation” being presented by G13 Project Room. Featuring seven artworks of woodcut on plywood, the emerging artist integrated the use of Perspex for additional dimension and embossed paste for texture into his new series of work. Meanwhile, his earlier works incorporated oil paint techniques and mix media.

Rather than succumbing to traditional means, he explores the simplest of material that can enhance the visual perception of his art. Fans of his creations will be glad to know that he is currently preparing for another showcase next year.

Citing Thai artists, Khanittha Nualtaranee and Jakkee Kongkaew as his inspirations, he added, “My biggest motivation is my family as they always encourage me and respect what I do.”

His other accolades include the bronze award in the UOB Painting of the Year 2016, first prize in mix media in the Tanjong Heritage Awards 2015, consolation for Maybank Hari Raya Aidilfitri 2014 Creative Wau Designing Competition and finalist for Prosperous Horse Decoration by Viva Home in 2014.

When asked on his hometown, he stated, “I love all of the things in Ayer Tawar such as its many delicious traditional food and amazing landscape.”

Next issue is all about oil painting on canvas as we highlight Khairul Amri bin Ibrahim whose work was shortlisted in the fine art category of the Nando’s Art Initiative 2017. Don’t miss out! 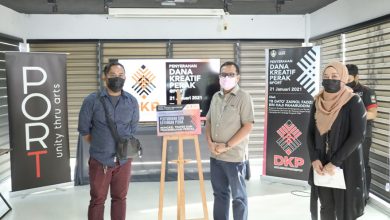 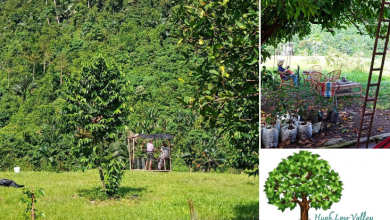 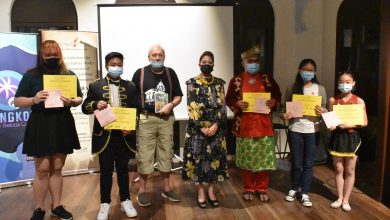 Sharpened Word: The Role of Art in Preserving Culture